Uber and Lyft have made headlines when passengers said drivers sexually assaulted them. One of the most recent newsworthy bits was an Uber screenshot, revealed by an Uber customer service rep, of the 6,000+ reports with the word “sexual assault” in them. (Thanks, Buzzfeed!) 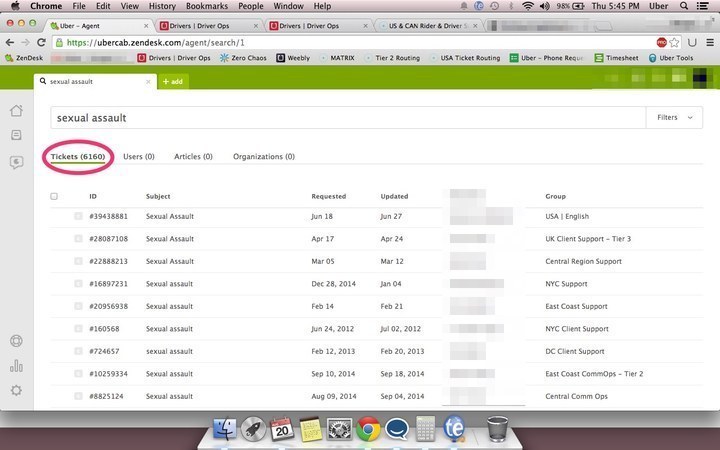 Because of this, many women are understandably frightened by the mostly unknown male drivers they’re trusting every time they get into an Uber or Lyft.

A former driver, Michael Pelletz, is riding this wave of paranoia and potentially doing something really good.  Inspired by his own scary experiences as a driver, he has realized how vulnerable female passengers are. Pelletz created Chariot for Women, transportation exclusively for women and boys under the age of 13. Chariot’s stable of drivers is made up of female ex-Uber and Lyft drivers who jumped ship.

In order to combat creepers, each driver and passenger have a safeword. Instead of asking “Are you so-and-so?” the driver will announce the safeword after confirming identity double-insurance.

Beyond that, a portion of each ride goes to a woman-centric charity that the rider chooses.

Everything sounds great so far — if you are a cis-woman.  Where do trans and non-binary folks fall into this business model? They say that if you are a trans woman, you are welcome to ride and drive with the service, but how about those who do not fall under either?

Speaking from a legal perspective, this business model may not be around for long, based on discriminatory hiring practices. It’s great to have a service that cares about its clientele, but it’s troublesome to think that it comes at the expense of other’s jobs and identities.[adsense1]

previous post
5 Ways Eating Disorder Survivors Can Cope When Others Discuss Their Diets
next post
Astrology for Feminists: Week of April 10

For Queer Nigerian Youths, #ENDSARS Is A Fight Against Police Brutality And Homophobia

A must-read via the @zinneducationproject: On Ja